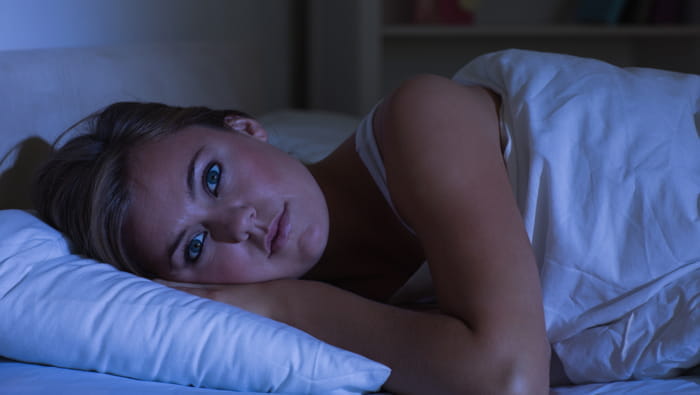 The risk of stroke may be much higher in people with insomnia compared to those who don’t have trouble sleeping, according to research in the American Heart Association journal Stroke.

The risk also seems to be far greater when insomnia occurs as a young adult compared to those who are older, said researchers. They found:

“We feel strongly that individuals with chronic insomnia, particularly younger persons, see their physician to have stroke risk factors assessed and, when indicated, treated appropriately,” said Ya-Wen Hsu, Ph.D., study author and an assistant professor at Chia Nan University of Pharmacy and Science and the Department of Medical Research at Chi-Mei Medical Center in Taiwan. “Our findings also highlight the clinical importance of screening for insomnia at younger ages. Treating insomnia is also very important, whether by medication or cognitive therapy.”

The study is the first to try to quantify the risk in a large population group and the first to assess if the risk of stroke differs by insomnia subtypes, Hsu said.

The study is based on the randomly-selected health records of more than 21,000 people with insomnia and 64,000 non-insomniacs in Taiwan. Researchers divided participants — none of whom had a previous diagnosis of stroke or sleep apnea — into different types of insomnia. In general, insomnia included difficulty initiating or maintaining sleep; chronic or persistent insomnia lasted one to six months; relapse insomnia was a return of insomnia after being diagnosed free of disease for more than six months at any assessment point during the four-year study; and remission was a change from a diagnosis of insomnia to non-insomnia at the subsequent time point.

During the four-year follow-up, 583 insomniacs and 962 non-insomniacs were admitted for stroke. Persistent insomniacs had a higher three-year cumulative incidence of stroke compared to the other participants in the remission group.

The mechanism linking insomnia to stroke is not fully understood, but evidence shows that insomnia may alter cardiovascular health via systematic inflammation, impaired glucose tolerance, increased blood pressure or sympathetic hyperactivity. Some behavioral factors (e.g. physical activity, diet, alcohol use and smoking) and psychological factors like stress might affect the observed relationship.

Studies in other countries have also pointed to a relationship between insomnia and stroke.

“Individuals should not simply accept insomnia as a benign, although difficult, condition that carries no major health risks,” Hsu said. “They should seek medical evaluation of other possible risk factors that might contribute to stroke.”