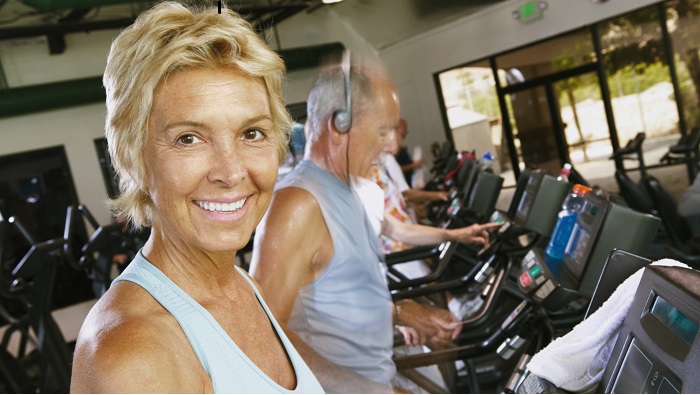 Physical activity specifically in your leisure time could help keep your blood pressure at a healthy level, research in the American Heart Association journal Hypertension suggests. According to the study:

Researchers pooled results from 13 studies on the effects of physical activity on blood pressure. The studies involved 136,846 people in the United States, Europe or East Asia who initially had healthy blood pressure. More than 15,600 later developed high blood pressure during follow-up periods ranging from two to 45 years.

The findings suggest that the more recreational physical activity you get, the more you are protected from developing high blood pressure.

Almost 78 million U.S. adults have high blood pressure, defined by the American Heart Association as blood pressure readings at or above 140 millimeters of mercury for the upper number or 90 or higher for the bottom number. The condition typically has no symptoms, so it known as the "silent killer" and often goes undetected or untreated in many people.

“Hypertension is a risk factor for cardiovascular and kidney disease — thus, it is important to prevent and control hypertension,” says Wei Ma, M.D., Ph.D., study co-author and associate professor at the Shandong University School of Public Health in Jinan, China. “To try to lower your risk of high blood pressure, you should exercise more in your leisure time.”

Researchers didn’t find a solid link between physical exertion at work and risk of high blood pressure. Health guidelines urging people to get more exercise don’t distinguish between activity at work and for leisure, says Bo Xi, M.D., Ph.D., lecturer at the Shandong University School of Public Health in Jinan, China, and a co-author with Ma. But, “given the new findings, perhaps they should.”

Physical activity on the job, such as farm or industrial work, can involve exertion like heavy lifting, prolonged standing and repetitive tasks.

Although the new research linked recreational exercise and lower blood pressure, it didn’t show that the exercise prevents the condition. People who exercise for fun may just have healthier lifestyles, Xi said.