For two decades, Jim Ruiz lived with aortic stenosis without knowing it.

Ruiz first learned he had a problem when he was 56. He’d retired from the aerospace industry in the early 1990s and relocated to Colorado. He got a surprising question during a physical.

“My doctor asked me, ‘Has anyone ever told you that you have a leaky valve?’” Ruiz recalled.

It was the first time he’d heard anything about it. Ruiz was active and fit and never detected any symptoms. The doctor told him the heart valve issue may have been present his whole life.

“I figured, if it’s been there since birth, it’ll probably be there until I die,” he said. Ruiz periodically underwent testing but didn’t worry otherwise. 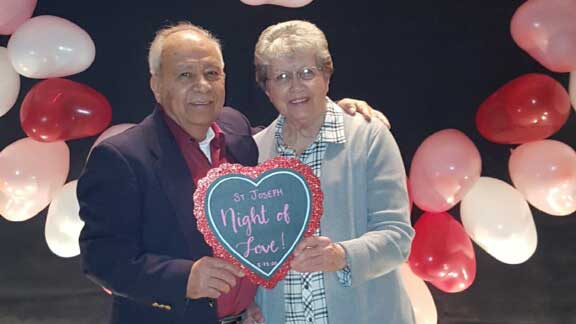 In 2000, Ruiz moved to Arlington, Texas. His new doctor referred him to a cardiologist, who gave his condition a new name — aortic stenosis.

In aortic stenosis, the leaflets that close the valve become thickened, stiff or fused together to narrow the opening, restricting blood flow from the heart. It’s one of the most common and serious valve problems, affecting 5% of people who are 65 or older, a percentage that's expected to more than double by 2050.

The cause varies. It could be due to a congenital defect called bicuspid aortic valve, or the result of calcium buildup and scarring.

If symptoms occur, they may include chest pain, a rapid, fluttering heartbeat, shortness of breath, dizziness, swollen ankles or feet, and difficulty sleeping or needing to sleep sitting up. Decreased activity levels can also be a symptom, which can often be mistaken for the natural effects of aging.

Ruiz experienced none of that. But as the years passed, his condition worsened. By late 2018, his cardiologist told him the aortic stenosis had become severe and he needed a valve replacement “or the vessels might burst and I might just drop dead one day.” The narrowing of the valve meant his heart had to work harder to pump blood, which could lead to heart failure over time.

“When the doctor told me that I needed to have surgery, I broke out into a cold sweat,” he said.

Ruiz, then 81, feared he would have to have open-heart surgery. He worried he wouldn’t be able to continue playing the trombone because of the lengthy recovery, if the procedure included breaking the sternum during a frontal surgery.

“It takes a heck of a lot of wind to blow that instrument,” Ruiz said. “In order to perform on that instrument, my breaths are very deep, and I go way into my lung cavity to sustain enough air to hold those notes and measures for the music.”

But like many heart valve patients today, Ruiz was able to undergo valve replacement using a minimally invasive surgery called transcatheter aortic valve replacement, or TAVR. He spent one night in the hospital in February 2019 and completed a course of cardiac rehab. Within a few months, he resumed playing his trombone in various local and church bands several times a week.

Since the pandemic began, Ruiz has had to cut back on some activities but continues to walk a few miles each day. “I feel great and I can still play my trombone and stay active,” he said.