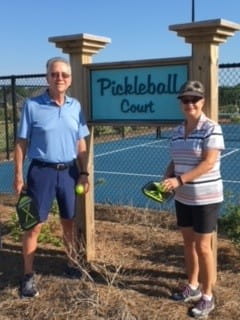 Frank Dent was 49 years old when he started experiencing pain in both legs so severe that even walking to the mailbox was difficult.

Dent, who lives in Burlington, North Carolina, went to see a doctor and after tests learned he had clogged arteries all over his body.

The news was disturbing, but not a surprise.

Dent had smoked for more than three decades and ate a diet high in red meat and deep-fried foods. His insurance litigation job was stressful and desk-bound, leaving him no time for exercise.

But after being told he needed to make a change — and quickly — Dent took notice. He stopped smoking “the very next day” and began eating a diet that prioritized lean protein and vegetables. He limited carbohydrates and sugar and bought a treadmill.

“When I first started out, I couldn’t walk for more than two to three minutes,” said Dent, now 72.

Still, no doctor fully explained the connection between Dent’s leg pain and his clogged arteries. It would be another 15 years before he was diagnosed with peripheral artery disease, or PAD, which affects blood vessels outside the heart and causes reduced blood flow to that area of the body.

The most common version of the disease is lower extremity PAD, in which blood flow is reduced to the legs and feet and can result in burning, aching, numbness and fatigue in the legs, and in extreme cases, amputation.

About 8.5 million people in the U.S. have PAD, although it often goes undiagnosed.

“The doctors were always talking about clogged arteries all over my body, but I never heard anyone mention peripheral artery disease,” Dent said. “The doctor I was working with just said, ‘You’re going to have problems.’ We never discussed how the clogged arteries impact the leg and that I should be careful about losing circulation there.”

Each year, about 150,000 leg amputations are performed in the U.S., most of them in people with diabetes and PAD. But other treatment options are available, so it’s crucial to find a doctor knowledgeable about the condition.

In 2016, Dent was finally diagnosed with peripheral artery disease after suffering a heart attack during a procedure to insert a stent and going to a podiatrist and cardiologist.

“If my primary care doctor had immediately identified my circulation problem, it could have been addressed weeks earlier,” Dent said. “Many general doctors aren’t in tune with peripheral vascular disease. They focus primarily on how the heart is working and breathing issues, but not the legs.”

Two years later, Dent had a femoral popliteal bypass surgery (also called femoropopliteal or Fem-Pop), in which a graft is inserted into the femoral artery, a major blood vessel that carries blood from the upper thigh to the back of the knee. It’s performed to bypass the blocked portion of main artery in the leg using a piece of another blood vessel.

Dent credits the procedure and PAD diagnosis with improving his quality of life.

“The primary thing the diagnosis did was it made me feel empowered,” Dent said. “I started getting tests and pressure readings every six months to monitor circulation in the legs. It’s made all the difference.”

Today, Dent is healthy and remains vigilant about PAD symptoms. He goes on walks twice a day, totaling up to four miles, plays pickleball and golf, and eats a Mediterranean diet.

He advises anyone experiencing pain or discomfort in the legs to immediately see a doctor and insist on being tested for peripheral artery disease.

“If your primary physician is not alert to it and if you can’t get them to take it seriously, you ought to make sure you’re seeing another doctor who has knowledge about PAD,” Dent said.

Hear Frank and medical experts in this podcast: PAD Teams: It's Better Together!