After CPR saved her life, Amy Cavaliere now works with her lifesaver to train others in CPR.

Playing tennis, jogging, cycling and pumping iron, Amy Cavaliere, 40, embodies a healthy lifestyle. She’s keen to set a good example for her and her husband, John Paul’s three children — and stay fit enough to keep up with them.

In shape and only 35, she didn’t think much of the arm pain and heavy sensation in her chest on a typical Wednesday morning in 2017. A bit stressed, albeit in a positive way, about a new business venture, she chalked it up to a panic attack.

But John Paul was worried. When she began hyperventilating, and her skin turned cold and gray, he insisted on calling 911.

She even insisted on walking to the ambulance. But on the way to the hospital, she went into cardiac arrest. The paramedic gave her an epinephrine injection, reviving her temporarily. But then she lost consciousness again. Unable to detect a pulse, he began CPR and radioed ahead to the hospital.

When Amy arrived, the doctors continued CPR compressions and shocked her chest with a defibrillator. After 45 agonizingly long minutes, they finally restored a normal heart rhythm.

After placing Amy in a medically induced coma, they rushed her to the cardiac catheterization lab, where imaging revealed she had suffered a spontaneous coronary artery dissection, or SCAD, a tearing in the coronary artery wall that can slow or block blood flow to the heart. The dissection led to a heart attack and then cardiac arrest.

Nine days later, she finally woke up. Standing at the foot of her bed, her husband broke the news that she’d had a heart attack. Then he broke down crying.

“That was hard,” she said. “Who would have ever thought that that would be my life?”

Soon, Amy started physical therapy, standing up and learning to walk again with a walker. When she finally went home three weeks later, she continued outpatient therapy, slowly regaining her stamina and lung capacity after so many days on a ventilator.

It took 14 months before she started to feel like herself. While she can do many of the activities she enjoyed before her cardiac arrest, she still can’t lift more than 20 pounds or allow her heart rate to go above 160 beats per minute.

“It’s extremely frustrating,” she said. “Before, it was go hard and make it count.”

While doctors aren’t sure what caused Amy’s SCAD, she has fibromuscular dysplasia, or FMD, a rare genetic blood vessel disorder that’s often associated with spontaneous dissection. One of her three sisters also has FMD.

Knowing how serious it can be, she regularly talks with her children about how to stay heart healthy.

“Exercising, eating right, going to my annual physical and knowing my numbers can prevent something from happening again down the road,” she said.

Later, Amy went on a “heart attack gratitude tour,” thanking doctors and nurses that she could track down.

Meanwhile, she kept an eye out for ambulances, hoping she could finally meet the paramedic who saved her life. One day, she approached a parked ambulance and asked if Dave was working. “He looked at me and said, ‘Amy,’” she said. “We both immediately got emotional.”

The two became fast friends, and he happily agreed to certify her in CPR. Now, she trains others in the technique that saved her life. “It’s my small way of giving back for my life being spared,” she said.

Being young and healthy, she believes her experience makes people realize that heart disease can happen to anybody.

“There are people who go through their entire life and don’t know what their purpose is, and I’m really lucky that I found mine at 35,” she said. “I can still live a happy, fulfilled life, just with new terms. Look at how I’m thriving.” 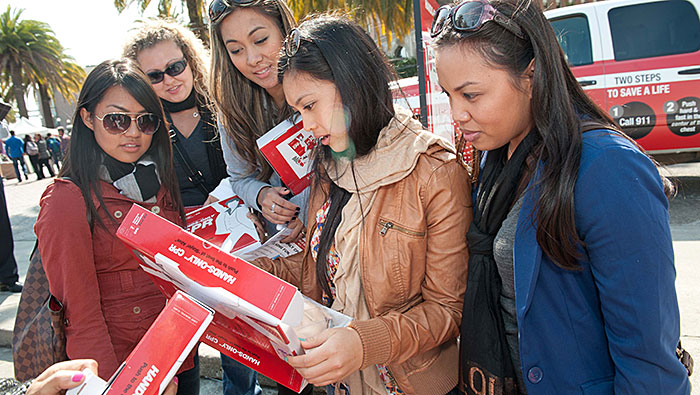 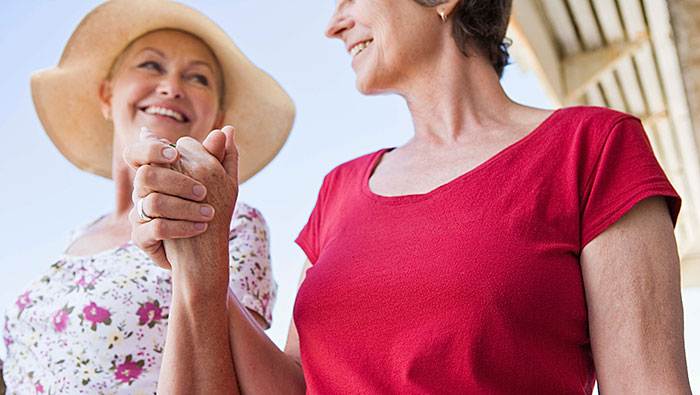