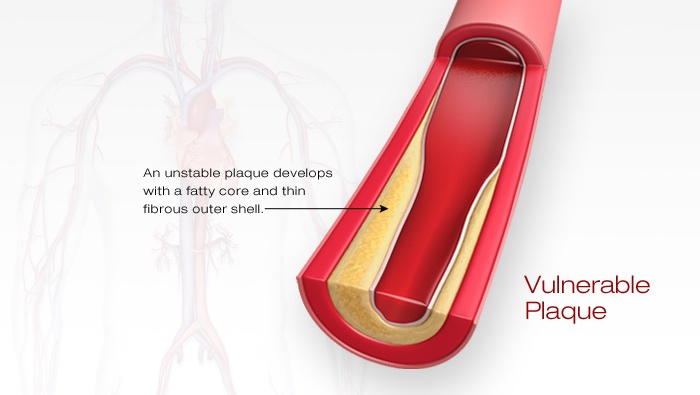 Atherosclerosis is often referred to as “hardening of the arteries.” The word comes from the Greek words athero (meaning gruel or paste) and sclerosis (hardness). It’s the process in which deposits of fatty substances, cholesterol, cellular waste products, calcium and other substances build up in the inner lining of an artery. This buildup is called plaque.

Atherosclerosis is a slow, complex disease that typically starts in childhood and often progresses when people grow older. This disease progresses rapidly in some people in their 20s. In others, it doesn’t become a threat until they’ve reached their 50s or 60s. View a detailed animation of atherosclerosis.

People with a family history of premature cardiovascular disease have an increased risk of atherosclerosis. Other risk factors for atherosclerosis include:

The inner lining of the artery, called the endothelium, can be damaged due to high cholesterol and triglyceride levels, toxic substances in cigarette smoke, high sugar levels, and other factors in the blood. High blood pressure can also cause damage to the inner lining of an artery. Once the blood vessel is damaged, atherosclerosis begins and a plaque forms.

Watch an animation of atherosclerosis.

Because of the damage, fats, cholesterol, platelets, cellular debris and calcium begin to deposit in the artery walls. These substances may stimulate the cells of the artery wall to produce still other materials. This results in more cells accumulating in the innermost layer of the artery wall where the atherosclerotic lesions form. These cells accumulate, and many divide. At the same time, fat builds up within and around these cells. They also form connective tissue. This buildup is called plaque. It usually affects large and medium-sized arteries. These cells and surrounding material thicken the endothelium significantly. The artery’s diameter shrinks and blood flow decreases, reducing oxygen supply.

Most of the damage occurs when plaques become fragile and rupture. Plaques that rupture cause the formation of blood clots that can block blood flow or break off and travel to another part of the body. In either of these cases, if a clot blocks a blood vessel that feeds the heart, it causes a heart attack. If it blocks a blood vessel that feeds the brain, it causes a stroke. If blood supply to the arms or legs is reduced or blocked, it can cause difficulty walking and eventually gangrene.

There are two types of ischemic stroke caused by blood clots, narrowing of blood vessels to the brain caused by atherosclerosis or other particles. Atherothrombotic stroke is the most common stroke. It occurs when a blood clot forms on a atherosclerotic plaque within a blood vessel in the brain and blocks blood flow to that part of the brain.

Cerebral embolism occurs when a wandering clot or some other particle, called an embolus, is carried by the bloodstream until it lodges in an artery leading to or in the brain and blocks the flow of blood. The embolism could be due to a piece of clot or plaque that broke off from an atherosclerotic plaque. However, most embolic strokes are due to blood clots that form during atrial fibrillation and enter the bloodstream.

Excerpted and adapted from “When Risk Factors Unite,” appearing in the Stroke Connection Magazine January/February 2005 (Science update May 2008). 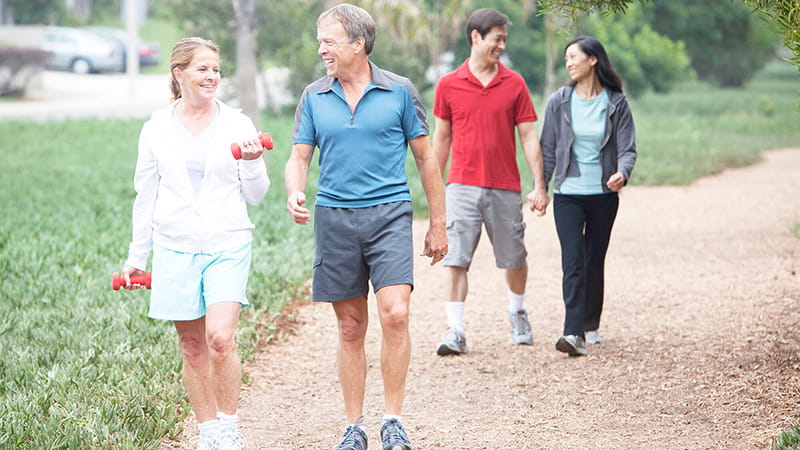