Devon Brzezynski’s congenital heart defect inspires her to spread awareness about the risk of heart disease in women, especially those with no family history of it.

Devon Brzezynski, 29, never let her congenital heart defect keep her from an active life, playing three competitive sports in high school. “Your body is more resilient and you’re more capable than you think,” she said. “Don’t let any diagnosis define you. Accept who you are and what you’ve been through.”

Devon, who lives in Fishersville, Va., is pursuing a doctorate degree in occupational therapy. She credits the closeness with her family as one of the keys to her success.

“My parents have been my biggest advocates throughout my whole life,” she said. “Whenever I wanted to try something, my parents would encourage me to pursue it.”

Devon’s mom was six months pregnant when she learned about her daughter’s heart condition. She was born with a deformed mitral valve and an atrioventricular septal defect, a hole between the two upper chambers of the heart. Physicians told Devon’s parents they had two choices: Administer daily medication and hope she would never need heart surgery in the future or move forward with surgery now. Additionally, she would most likely never be able to play competitive sports and there was a high probability she could have Down syndrome and other developmental delays. Her parents decided to move forward with her surgery when she was 4 months old.

Two years earlier, Devon’s sister, Jessica, died at 4 months old because of heart issues. A couple years after Devon was born, another sister died in utero to heart problems.

“They (Devon’s parents, Bob and Sue) obviously had been through a very traumatic experience,” she said. “So, when they realized they would have to go through this experience a second time, they sought the best care for me.”

All three girls had congenital heart defects, despite having no other history of cardiovascular disease in their family.

“I am the lone survivor,” said Devon, who still has some leakage in her heart that her cardiologists monitor. “I would be doing my sisters a disservice if I didn’t speak on their behalf and spread awareness of heart disease. You can’t live in fear, but at the same time, you need to take precautions and do everything you can to live a healthy life.”

Devon also preaches the benefits of exercise as a personal trainer and yoga instructor.

“I spent so much time being insecure about my scar. Now, if I could do it over, I would tell myself, ‘Don’t be afraid to show it off and be proud of it.’”

Devon’s mom, a nurse, influenced her decision to become an occupational therapist.

“At our core, women want to help others,” she said. “I definitely see it in myself, especially being in a profession of helpers. We go out of our way to help others, but we need to recognize when we need to pull on the reins and take that time to care for ourselves as well.” 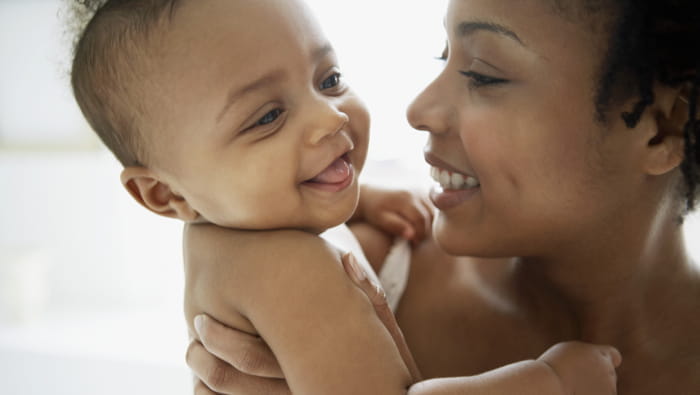