Healthy and active Leah Riegert never thought much about how heart problems affect women during pregnancy until she faced a life-or-death situation.

Leah Riegert was having an ideal first pregnancy. She was young and healthy. She was an active runner with no history of heart disease. The only thing she knew about heart conditions in pregnancy was from a small part in a pregnancy book. But, she said, she didn’t pay much attention.

“I never thought I’d be at risk for heart failure or stroke, so it wasn’t something I worried about,” said Riegert, who lives in Liberty Township, Ohio.

That’s why it was odd in 2019 during the last month of pregnancy when she noticed her feet were unusually swollen, and during delivery her blood pressure spiked. Both are worrisome, but somewhat typical pregnancy complications. Her doctors reassured her that everything was normal.

“I thought the most difficult part was over when I gave birth,” she said. “I had no idea what was ahead of me.”

Riegert noticed she would cough when talking or laughing after the birth of her daughter, Eloise. Then six days later, more symptoms appeared. Her heart rate increased quickly and her breathing was impaired when she laid down. Another red flag: Her blood pressure reached 180/100, almost twice her usual reading.

Riegert took action and visited an urgent-care facility which referred her to a hospital where she was diagnosed with peripartum cardiomyopathy, an uncommon form of heart failure.

The condition typically happens during the last month of pregnancy or up to five months after giving birth. It causes the heart chambers to enlarge, which decreases the blood flow to the lungs, liver and other vital organs.

These serious symptoms meant Riegert stayed four days in the hospital’s intensive care unit to get it under control. After stabilizing and being released from the hospital, Riegert thought she was on the road to recovery. But, the day after being discharged, her husband, Ryan, noticed the right side of her face was drooping and she couldn’t speak — both symptoms that something was seriously wrong.

Riegert was flown by helicopter back to the hospital where doctors were waiting. They determined that she had a stroke and needed a thrombectomy, a surgical procedure that removed the blood clot from an artery in her brain. It led to months of recovery, including physical therapy, daily walking and learning how to use her right hand again.

At home, the family created new routines, including having her husband handle Eloise’s late-night feedings so she could recover.

Now, the 32-year-old is healthy and active once again. She is also eager to educate others about the risks new moms face.

“My hope is through advocacy and talking about it, others don’t have to go through what I went through,” she said.

As a psychologist, Riegert said, there’s one reminder she’d give others living with heart conditions.

“There is always light, no matter the situation you’re facing,” she said.  “Even when you don’t think it’s there, it is. You just have to keep looking for the light.” 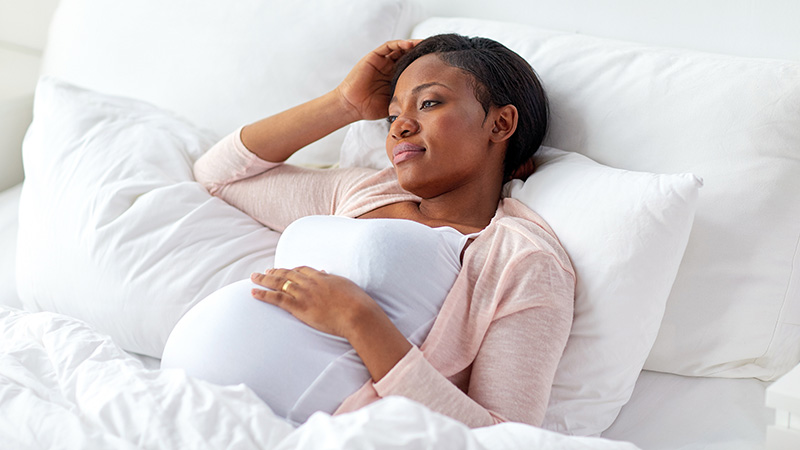