While growing up in Hawaii, Tricia Marciel watched countless movie musicals, performed onstage in high school and even had an email address that played on her aspiration of becoming a professional entertainer in New York.

But a heart attack at age 39 almost destroyed her dream.

“That was a big thing,” Tricia said. “When everything happened, I didn’t know how severe or not severely ill I was. The thought of not getting to be able to get on stage and perform and to move and dance was a concern. I’m so grateful that I still get to actively do what I love.”

Now, more than a decade after her heart attack, Tricia is belting out songs by Lady Gaga and Kelly Clarkson as well as rock opera on a Florida-based cruise ship touring the Caribbean.

The threat to her singing career began in 2011 during a Las Vegas getaway with a fellow entertainer.

Alone in her hotel room, Tricia experienced what felt like “the worst heartburn pain I had ever felt in my life.” Standing up led to debilitating pain that raced across her back to the front of her chest. She thought she was going to be violently ill, but nothing happened.

“It felt even worse,” she said. “That’s when I thought something’s wrong with me. I don’t know what it is, but I really am scared that I’m going to die in this room.”

Tricia called 911. The emergency room doctor diagnosed her with myocarditis, an inflammation of the heart muscle, and told her to see a cardiologist at home.

The heart specialist told Tricia the problem may or may not recur and advised her to avoid strenuous activity for two months. After a subsequent MRI showed the inflammation had gone down, Tricia went back to living her life.

Seven months later, in August 2012, Tricia was about to take the stage in a Waikiki showroom. She was stressed and forgetful, leaving parts of her costume and show makeup. Luckily, a makeup salesperson in a department store in the hotel where she was singing helped her get ready.

With five minutes to spare, Tricia rushed into her costume. But when she bent over, she felt the same pain she had in Las Vegas. She was sweating profusely and felt sick.

“I just told myself, I’ll just get through the show, and then I’ll get myself to the ER,” said Tricia, who ultimately told the headliner, who called an ambulance. “I thought of all of these things that seem so ludicrous now.”

At the hospital, doctors determined Tricia was having a heart attack and performed a balloon procedure called angioplasty to open her blocked artery.

Tricia was in disbelief.

Doctors also told her she was anemic, which contributed to her exhaustion, and sternly warned her to get her high cholesterol under control.

Tricia, who wishes she had taken the advice more seriously sooner, encourages women to not put off their health.

“I feel as though when something is going on with you, you do instinctively know,” she said. “Trust that if you don’t feel right to go investigate it. Be your own advocate, and if you’re not 100% satisfied with the answer you get, keep at it until you feel like you know what’s happening with you.” 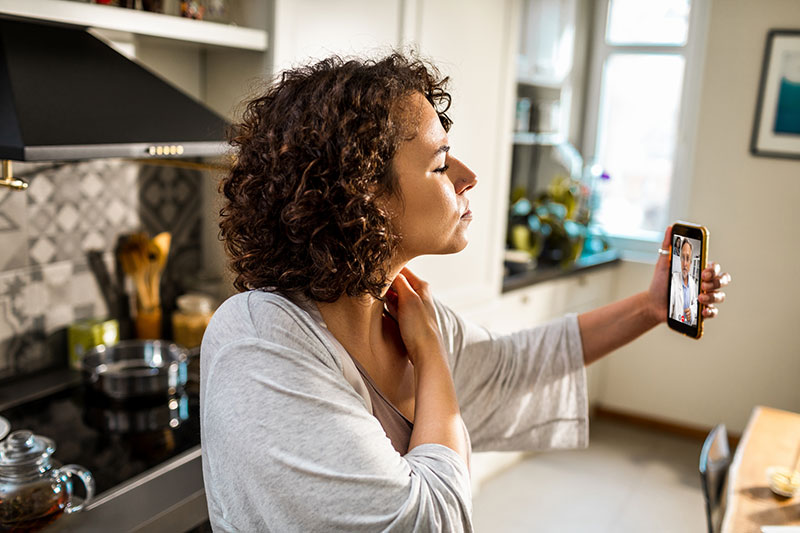