When Nicole Murray finished a grueling, two-and-a-half-hour hike to the top of the mountain in Hawaii, she burst into tears, overwhelmed by her feat after surviving two strokes just two years earlier.

When Nicole Murray finished a grueling, two-and-a-half-hour hike to the top of the mountain in Hawaii in 2016, she burst into tears, overwhelmed by her feat.

She’s come a long way since the frightening morning of June 29, 2014. For nearly a week, she’d been too exhausted to leave her bed or eat without getting sick. When she tried to resume her normal chores, she heard a strange popping in her ear. Her mouth went numb and she felt like her teeth were falling out.

“I got scared and called my mom, but no words were coming out,” Murray said.

Murray didn’t realize it, but along with weakness on one side, she was experiencing common signs of a stroke. Fortunately, Murray’s mom arrived a few minutes later to take her to the hospital.

As she underwent various tests, the 29-year-old Murray recalled someone saying, “You’d think she had a stroke, but she’s too young.”

But a magnetic resonance imaging scan (MRI) showed she had a hemorrhagic stroke, which occurs when a weakened blood vessel ruptures and bleeds into surrounding brain tissue.

During a therapy session three months later — as she was gradually recovering — her speech began to slur and she was missing syllables.

“My therapist looked at me and said, ‘We almost had you back to perfect and now it sounds strange,’” Murray said.

At the therapist’s urging, Murray underwent testing a week later that showed she had experienced an ischemic stroke, in which a clot blocks blood flow to the brain.

Over the next two years, Murray struggled to recover from the physical and emotional toll of her strokes. Even when she finally returned to work, she still hadn’t fully recovered her speech and was always exhausted. Her short-term memory suffered.

“I would put milk into the cabinet instead of the fridge and would forget if I’d done something only a few minutes earlier,” she said.

Murray would often burst out crying, a result of pseudobulbar affect, or PBA, a condition associated with stroke and other neurological conditions that can also cause sudden uncontrollable and inappropriate laughing.

She then fell into a deep depression, at times feeling suicidal.

“I just got used to crying every day but couldn’t tell if I was sad or because I couldn’t control it,” she said.

Murray, who prided herself as an articulate conversationalist and a poet, was anxious in social situations. Her speech was slow and slurred, and sometimes the wrong and nonsensical words would come out of her mouth.

Leaning on her faith and support from family and friends, Murray focused on recovery, including making lifestyle changes to support heart and brain health. She began exercising and lost some of the weight she’d gained following her strokes.

Murray had a special goal to motivate her: hiking up a mountain in Hawaii, where her brother was stationed in the Army.

“Setting goals was really important to me,” she said. “It took me two and a half hours to get up the mountain and took a lot out of me, but it was such a huge thing for me to say that I did it.”

Doctors aren’t sure what triggered Murray’s strokes, but they said excess weight and high cholesterol increased her risks. She had experienced migraines for two years before her strokes, which doctors told her may have been a warning sign.

Murray later learned three of her relatives had survived strokes.

“My family never talked about it,” she said.

In the years since her strokes, three more family members — her brother included — had strokes.

Nearly 60 percent of stroke deaths are in women, who also have a higher lifetime risk of stroke than men . Among women, black women have the highest prevalence of stroke.

Murray has inspired her family to talk more about health issues. She also encourages others to recognize and respond to stroke with F.A.S.T.:
• Face drooping
• Arm weakness
• Slurred speech
• Time to call 911

Murray, who is now 34 and lives in Indianapolis, is also inspiring her friends to join her at the gym.

“I have a lot more energy, but I also know when to say no so that I’m not doing too much,” she said. 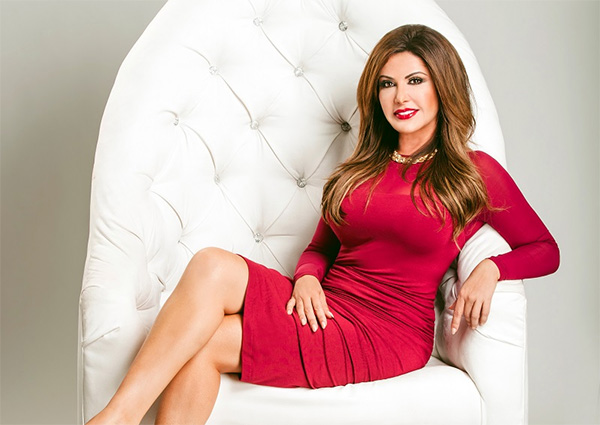