Ten days after Tamika Quinn‘s daughter Sequoia was born, she woke up with an excruciating headache. Her regular doctor wasn’t available so she went to an urgent care clinic where she was given painkillers and medication for high blood pressure. The pain intensified, so Tamika went to the ER where she was diagnosed with a hemorrhagic stroke, followed by a second stroke three days later.

It took months for Tamika to recover her ability to walk and speak, and she continues to deal with long- and short-term memory loss and muscle control.

The strokes were a wake-up call to take her health more seriously. She took her medication as prescribed and lost weight.

“My doctor told me I was headed down the path to have another stroke,” she said. “I realized I needed to get my life together.”

You should never wait more than five minutes to dial 9-1-1 if you experience even one of the signs above. Remember, you could be having a stroke even if you’re not experiencing all of the symptoms. And remember to check the time. The responding emergency medical technician or ER nurse at the hospital will need to know when the first symptom occurred.

Stroke is not only the No. 4 cause of death in the United States, it’s also a leading cause of severe, long-term disability. That’s why it’s important to take action immediately. Research conducted by The American Stroke Association shows that patients who take a clot-busting drug, or thrombolytic, within three hours of their first stroke symptom can reduce long-term disability from ischemic stroke – the most common type, accounting for about 87 percent of all cases.

Learn more about your risk for heart disease and stroke as well as factors that increase your risk. 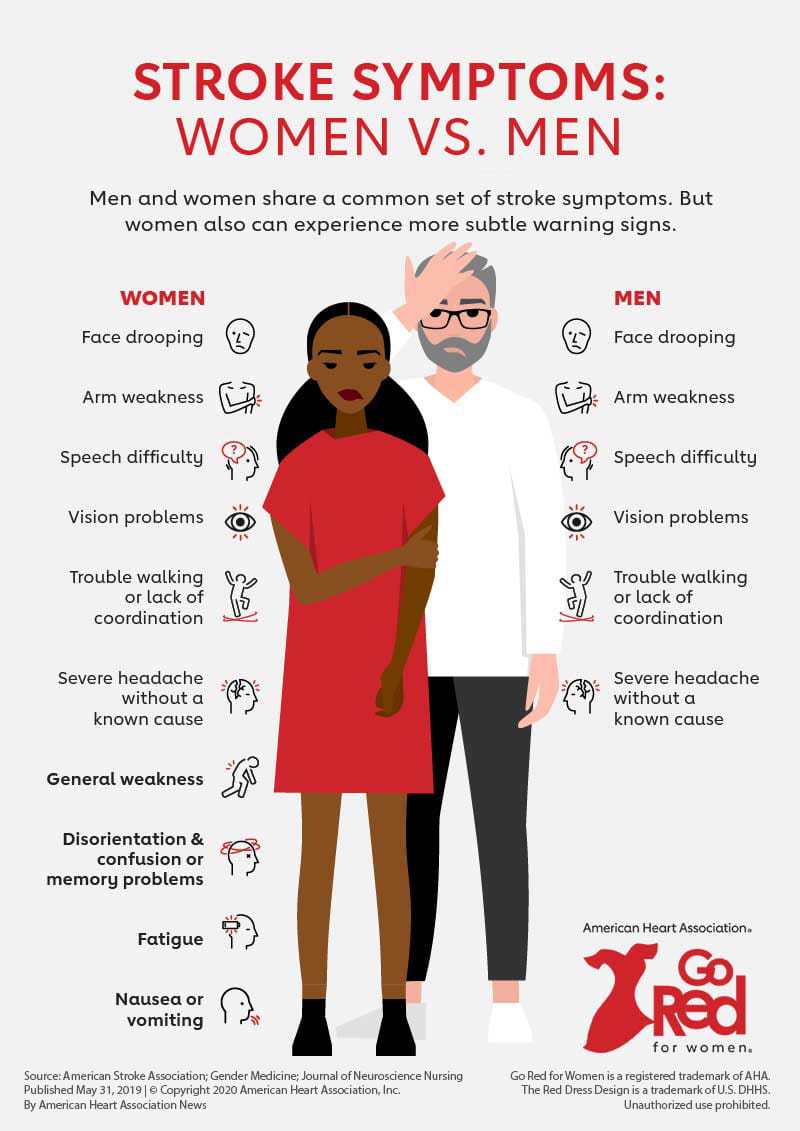